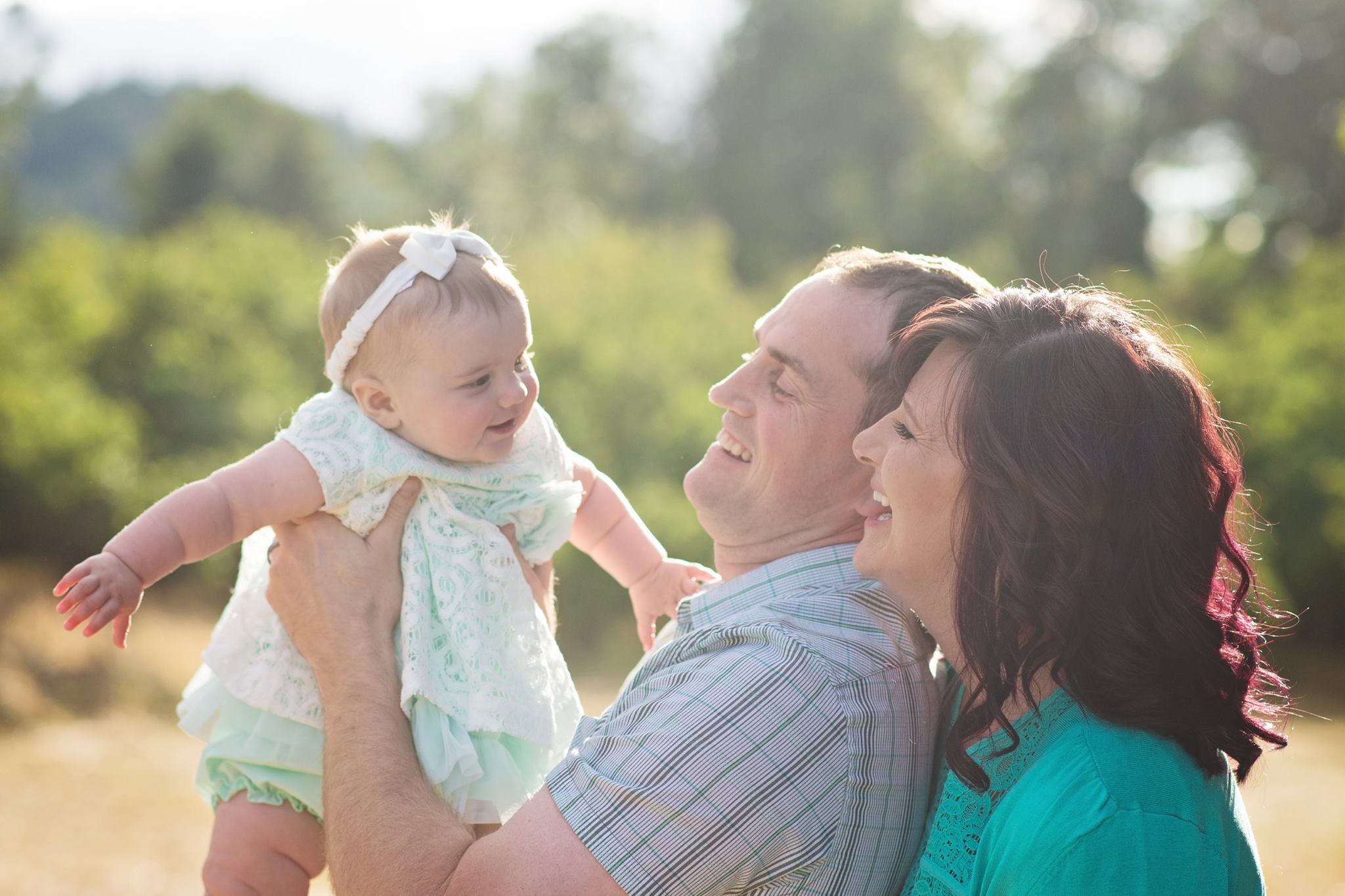 I’m a stay-at-home-mom. A housewife. A homemaker.

The terms make me cringe. It’s as if diaper, nurse, rock, repeat equals woman of leisure. I jingle toys, sing songs, and vaguely remember the days when I had intelligent conversations with other women. Don’t get me wrong, I absolutely LOVE working at home (that’s right I said working because it is WORK) and sometimes it drives me crazy. But no one else is going to snuggle my daughter like I do, and if anyone is going to be annoyed by her, I want it to be me. She is only 8 months old so she’s not annoying…yet.

I’m also an old mom. I imagine when I take our daughter to kindergarten there will be moms 15 years younger than me dropping their kids off. My brother and sister were both done having kids by the time they were 30 – I had just barely finished a Bachelor Degree by then. I’m a late bloomer.

In addition to staying at home with our baby, I am also a small business owner. When my husband and I found out we were going to be parents we started seriously thinking about what we wanted our lives to look like. At the time we both worked for great companies and we both liked our bosses (practically unheard of huh?!) But even at great companies there are limits. Every time I had a doctor appointment I’d have this overwhelming anxiety at the thought of asking for a few hours in the morning or afternoon. It wasn’t that my bosses were ogres – far from it! They were the best bosses I could have asked for. But bosses are the keepers of time- our most valuable asset. When we found out we were having a girl (sorry to my sister-in-law who threw the cutest sweetest gender reveal party, we actually found out at the doctor’s office) I really wanted to bask in the pink glow and have a milkshake and salt and vinegar chips with my husband, but we both had to rush back to work. It started to sink in that if we wanted the kind of life where we could put our family first, we would need to make some changes.

So while recovering from knee surgery my husband quit his job and started Sherwood Plumbing Company. He also bought a trip to Mexico. Next time he’s taking pain pills I’m hiding the debit cards. Two months later, I also quit my job. The timing for my exit was mostly because I had used up my PTO on pregnancy related stuff and I really wanted to take that trip to Mexico before I was too pregnant to fly. Additionally that third trimester is brutal and my naps were as important for my health and well-being as they were for my husband’s. It was exhilarating AND terrifying to leave for vacation and know that on Monday morning I didn’t have squish my swollen feet into sensible shoes or squeeze into ill-fitting maternity slacks and rush, rush, rush to the office.

Quitting a decent-paying, secure job with benefits, while being 8 months pregnant is CRAZY. But we had a plan. First, my husband had cultivated many relationships with builders and contractors. He’s been in the trade for almost 10 years, so he’s worked with a ton of people. When all our paperwork had been filed, he let all those companies know he was open for business. Since he left his company on good terms, they even sent him jobs.

Second, we had savings. I intentionally said “had.” Starting your own business is expensive. There are all sorts of costs and then there are all the taxes. Don’t get me started on the taxes. Since the jobs we had were decent-paying and not getting-insanely-wealthy-paying we sold stuff to save up extra money. Dirt bikes– gone. Toy-hauler – gone. Diesel truck—gone. My car –gone. We paid cash for a cheaper car and I waddled into the dealership with my giant pregnant belly and negotiated a deal on a box van – you have a lot more negotiating power when you have cash (and when the salesman lets it slip that the box van has been on the lot for the better part of the year). After our startup costs we had some savings left over that carried us through the first few months while business was building and we welcomed our daughter into our family.

Third, we had realistic expectations. We knew it was going to be hard work. There are long days, big bills, and small paychecks. We never underestimate the importance of the other person’s job. Obviously there would be no plumbing company without a plumber. But Devin is more than just a plumber. He is out there building relationships through exceptional service. My role in our company is also vital. I hold it together. It would be next to impossible for Devin to work all day then come home and take care of all the bits and pieces that keep a business running. We pride ourselves on being a family run business that truly values family.

I’m proud to say that we have been in business for over a year now. We’re making payroll and we’re still debt free! It’s been challenging and fulfilling and it has flown by! So far the most rewarding part about being a small business owner is the ability to connect. I can play with my daughter and then schedule jobs, pay suppliers, or reconcile accounts. I can make dinner for my family, talk with our neighbors, and volunteer in our community.

I can dream big dreams with my husband because if we can quit our jobs and start a small business when we’re expecting a baby, we can do anything.

Here’s to many more years of growth and success!

This site uses Akismet to reduce spam. Learn how your comment data is processed.

We're not around right now. But you can send us an email and we'll get back to you, asap.