What you need to know

A repipe is the process of replacing old and/or failing waste and water piping.  Repiping can be complicated by old connections, framing issues, or little to no crawl space.  A qualified journeyman plumber can determine where your piping is within its service life, and whether or not it is a better value to do a repair or a full repipe. A job permit is required for repipes.

Piping fails for many reasons.

Symptoms of a failing pipe system include:

We typically use Upunor or “PEX” products to repipe homes because they have a superior and proprietary fitting system that meets and surpasses current plumbing standards. Since PEX piping is flexible, it allows for a reduction in fitting usage which is a typical place for leaks and failures. We are also skilled at copper repipes for those customers who prefer to use more traditional material.

When we repipe your home, we strategically design a piping system to be efficient with the least amount of damage to your sheet-rock or paint. Our attention to detail and cleanliness means that we don’t leave old pipe or trash under your house. Our thoughtful planning aims to minimize disruption to your home and time without water. 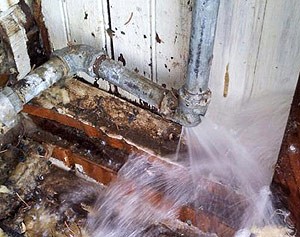 Broken Pipes Are you need of repiping?

What our customer have to say!

We're not around right now. But you can send us an email and we'll get back to you, asap.